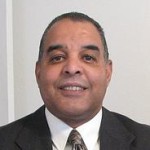 Mr. Rico Correia developed and facilitated sports related programs and seminars to every major sports league, over 10,000 professional athletes and over 100,000 participants throughout his career. He is one of the nations leading sports image consultants and is an industry expert in the field of professional and personal development. He continues to work with professional college and high school athletes at all levels.

Rico holds a JD degree from Suffolk University School of Law and a Bachelors Degree from the University of Massachusetts. He combines his education with over 20 years of Human Resource, Sports Management and Business Development experience. Upon the completion of Law School Mr. Correia decided to pursue a career in business and became one of the founding partners of Sunburst Systems Corporation, an alternative energy corporation. He held the position of President until his departure in 1982.   He joined Wang Laboratories, Inc., in 1982 as the Manager and Assistant Director of Human Resources and Administration.

He held that position until 1987 when he left to assume the position of Director of Human Resources and Administration of CH2M Hill. In 1990 he was promoted to Vice President of Regulatory Affairs and Operations. Mr. Correia left the company and it’s Denver, Colorado offices in 1992 to take the post of Director of Human Resources at ESPN, The Sports Television Network. At ESPN, Mr. Correia’s duties included handling all aspects of human resources and sports image development, HR information systems, employee relations, compensation, benefits and staff development. In 1994 Mr. Correia founded Centaur Consulting Inc. as its President and CEO. Mr.

Rico Correia is a nationally recognized motivational speaker in the areas of Professional & Personal Development, Sports Image, Emerging Markets and Diversity Awareness having delivered hundreds of seminars and keynotes throughout the United States, Mexico and Canada. In addition, he is a published author and sits on the Board of Directors of OneSource Entertainment Corp., American Association of Collegiate Student Athletes (AACSA) and is on the Advisory Board